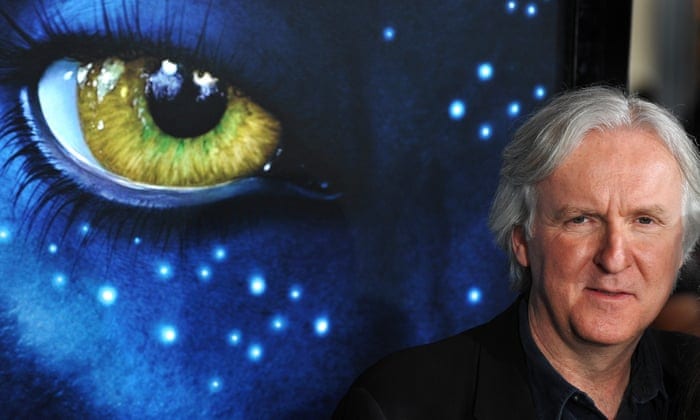 Making a movie is a huge job, one that requires different teams working together to complete every stage of the production. The production time will vary from movie to movie, some take only a few weeks to make but there are films that took years, even a decade to complete! Passion projects, animated films, and CG-heavy movies, in particular, tend to take a while to complete because they’re often complicated to shoot.

Rewrites, schedule conflicts, post-production issues; there could be many reasons why some films experience production delays and sometimes, the release dates are also pushed back several times. In today’s guide, we are listing animated films that took forever to make.

Want to learn more? Read on.

Animated movies take a long time to complete but The LEGO Movie is a different case because the production time was unusually lengthy. For one thing, the script had to be rewritten so many times, the original plot was scrapped and reworked. And because The LEGO Movie had Lego characters, every LEGO brick had to be animated, which was a massive job that took months of hard work.

The LEGO Movie has a rather unusual workflow too. It was filmed in its entirety on a soundstage with real actors. This was done to help the animators build models for the characters. Overall, The Lego Movie was stuck in development for 4 years before it was finally released. The delays proved to be worth it, The LEGO Movie ended up being a huge hit!

This classic film took almost forever to complete for many reasons. One, it was created at a time when animation was done by hand. There was no computer software that could speed up the process so animation was labor-intensive. Animators had to work on hand-inking the cels and creating the background animation frame-by-frame, a task that took about a week to complete. This was around the time when Xerox technology was used to make the cels.

Three, the film was one of Walt Disney’s passion projects and the man was batty about the details. Animation work that took a long time to complete had to be adjusted and re-adjusted until the details were perfect in Walt Disney’s eyes. And Sleeping Beauty happens to have ornate design work so the animation process was understandably time-intensive and expensive.

The masterpiece took so long to make that by the time it hit theaters in 1959, it was advertised as being “six years in the making.” The truth is, the film took longer than 6 years to complete, about 8 years. Sadly, Sleeping Beauty did not turn out to be the big hit that Disney expected. The movie only raked in huge profits after 4 more splashy re-releases in 1970, 1979, 1986 and 1995. Sleeping Beauty was such a  box office disappointment that Disney held off producing animated movies for 30 years.

Here’s a trivia for you, the green light for the Simpsons movie was given way back in the 90s but the film was only released in 2007. One of the reasons why the development took so long was because not all of the voice actors were keen on joining the project. It was only in 2001 when all the voice actors agreed to do the movie.

Another reason for the delay was the script re-writes, which took two years to finalize. Most of the movie’s plots were re-used for TV episodes so the writers had to adjust the script 160 times. The re-writes took so long that the producers almost dropped the project altogether.

Overall, the production time was 9 years but the wait was worth it. The Simpsons Movie was a critical and commercial success with global earnings of $527 million. It was the 8th highest grossing movie of 2007 and the highest ever grossing film that’s based on an animated TV series.

Although Avatar is not an animated film, it gets a special mention because 90% of the movie was digitally-created. The sci-fi epic, written and directed by James Cameron was supposed to start filming in 1997 right after Titanic and slated for a 1999 release. But several issues led to years of production delays. The screenplay has to be re-done several times, the language of the Na’ vi took a long time to create, the special effects were stuck in development for years.

An over-inflated budget was also part of the reason why Avatar took so long to make. The overall production cost was 400 million dollars and no studio was willing to fork over the cash. Remember, this was the 90s and movies were not that expensive to make.

Another challenge that Cameron had to overcome was the special effects technology, which was not available during the 90s. Since special effects were a huge part of the movie, Cameron had to wait until the right technology was developed for the film. Avatar used enhanced Motion Capture Animation and a game-engine was created to build the background for the extraterrestrial world.

Overall, Avatar took 10 years to make. But despite the many delays, Avatar broke box office records for its groundbreaking visual effects. When it was finally released, Avatar became the highest-grossing film of all time, surpassing Cameron’s Titanic. It was the first film to earn more than $2 billion and was nominated for 9 Academy Awards, including Best Picture and Best Director. Avatar won an Oscar for Best Art Direction, Best Cinematography, and Best Visual Effects.

Blood Tea and Red String is a full-length stop motion animated film that’s written, directed, produced, and edited by Christiane Cegavske and one of the animated films that took forever to make. The film took 13 years to make because it’s a handmade film and Cegavske was working alone, animating 10 seconds a day. Blood Tea and Red String was intended to be a part of a trilogy but the second installment, Seed in the Sand, remains in production.

#4: The Thief and the Cobbler

The Thief and the Cobbler is a 1993 classic that’s better known for its troubled history rather than its box office success. The film spent three decades in and out of production. Filming started in 1964 and was perceived as Richard Williams’ greatest masterpiece. Williams wore many hats during filming, serving as the head animator, writer, and director for the movie. But there were many bumps along the way. The lack of funding caused many delays, production only took place in short bursts for two decades.

William was also known for being a perfectionist, which took a toll on the production crew. “He had a terrible reputation,” said special effects artist Chris Knott. “He could be the best of the worst. Usually for good reason. He had very high standards, which he applied to himself above all, and to everyone else. And if you didn’t cut it, then he wasn’t very backward about letting you know what he felt.”

Warner Bros. imposed a strict work schedule and this added to the animators’ stress. Artists were expected to work 60 hours a week with no breaks. Animators would work on the project from 8 in the morning to 12 midnight. Those who refuse to do full 60 hours were fired immediately and escorted out of the building, which made the working environment toxic, to say the least.

Despite the long hours, production remained slow. Williams was such a perfectionist that one painter spent 3 months working on a single scene, the Zig Zag playing cards. The said scene was later scrapped when Williams decided to change the colors.

Warner Bros. decided to drop the project because the film took too long to complete and it was way over the budget. A completion bond company took control of the film without Williams’ involvement. The Thief and the Cobbler was finally completed and released in 1993 – it was drastically edited and looked nothing like the original plot.

Although it was hardly a box office hit, The Thief and the Cobbler earned a place in the Guinness Book of World Records for having the longest production time in history. From script development to the release, the movie spent 31 years in development hell. The film took so long to complete that it became the final movie for some of its actors: Kenneth Williams, Sir Anthony Quayle, and Vincent Price.

There you have it! Now you know all about animated films that took forever to make.

What’s your favorite film that took forever to complete?

← Behind the Scenes: Understanding the VFX Pipeline What 3D Lighting Artist Course is the Right One for You? →