The Best Rendering Software for CG Lighting for Animation 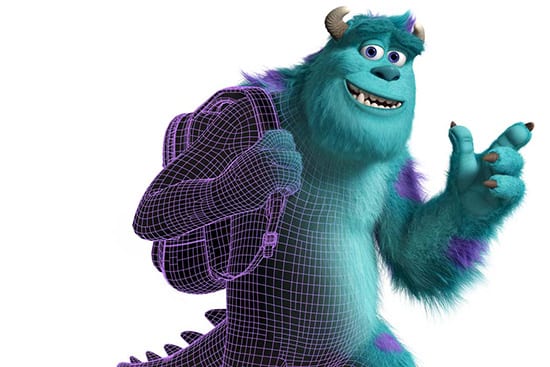 What is the one thing that all good animated films have in common? An exceptional renderer for CG lighting. Rendering is the automated process of generating an image – photorealistic or non-photorealistic – from a 2D or 3D model through a computer application. Rendering is the last step in the animation process. The process applies a variety of visual effects to the final models such as shading, texture mapping, shadows, reflections and motion blurs. It takes a highly capable renderer to create detailed, hyper-realistic images.

There are several industry standard CG applications for CG lighting that we could recommend. These are: Arnold, Redshift, VRay, Renderman, Maxwell. These CG applications come packed with intuitive features and each one has its pros and cons. Let’s get to know these renderers to find out which one suits your needs:

Arnold is an unbiased ray-tracing 3D rendering application created to satisfy the demands for feature-length animation and visual effects. Developed by Solid Angle, Arnold is the renderer of choice among top movie studios, particularly Sony Pictures, which adopted Arnold as Imagework’s main renderer.

Some of the most memorable animation films were rendered using Arnold including Alice in Wonderland, Monster House, Pacific Rim, and Gravity. Arnold is so widely used in the movie industry that it was recognized with a Scientific and Engineering Award by the Academy of Motion Picture Arts and Sciences.

Why choose Arnold as rendering software for CG lighting for animation? Arnold generates exceptional image quality. It’s more user-friendly than other rendering engines and it plays well with other CG applications. The controls are straightforward so rendering is easier, more organized. It’s also dependable, able to handle massive data sets with ease.

Also, check out our Arnold workshop.

This render engine may be the new kid on the block but it is packed with powerful features that cut the rendering time in half. This renderer is designed for speed and accuracy so you get more things done without compromising the quality of the images.

V-Ray is designed for speed, precision, and seamless integration. The robust performance allows V-Ray  to render massive numbers of images quickly and efficiently, all without sacrificing quality. This rendering engine integrates seamlessly with other 3D modeling programs, including Rhino, 3DS Max, and Sketchup. It offers an extensive selection of material library and resources, allowing users to render images with life-like precision.

If you have a tight deadline and you need a robust renderer that could handle massive data then V-Ray makes the perfect rendering engine for you. It’s fast, accurate, and it yields detailed, high-quality results. V-Ray is renowned for handling realistic light and shadow more accurately and realistically than most renderers!

The secret to Disney Pixar’s crisp, hyper-realistic animation films is Renderman. RenderMan is Pixar’s preferred rendering engine. Pixar produced the software in the ‘80s specifically to overcome the “ever-increasing challenges of 3D animation and visual effects” then and now. Until 2014, RenderMan was Pixar’s proprietary tool until the company decided to offer a free non-commercial version of the software.

RenderMan is a rendering API that offers a highly optimized framework for a variety of production needs. According to Pixar, this award-winning renderer is “battle-tested,” to produce amazing results. The technology offers a variety of features that yield sophisticated 3D imaging. RenderMan was used to render all of Pixar classic films, including Cars, Toy Story, Up, and the Incredibles, just to name a few. RenderMan work seamlessly with other CG lighting programs like Katana.

RenderMan is used to render all of Pixar’s films, including feature films, shorts, and content for theme parks and marketing. The quality of the rendered images is impeccable.

Maxwell is an unbiased 3D rendering software application designed by Madrid-based company, Next Limit Technologies. This standalone renderer is designed for film, animation, and VFX applications. It is also used in architectural and product design visualization. One of Maxwell renderer’s features enables light and color intensities to change in real time, a feature that was used to its fullest in the movie, The Curious Case of Benjamin Button.

As one of the most popular visualization tools in the business, Maxwell offers a host of features that are suited for the film, animation, and digital production industries. This rendering software boasts of a proprietary rendering algorithm to create incredibly accurate, hyper-realistic images.

There you have it; these are the best rendering software that we recommend for CG lighting! These applications are an industry standard for a reason. Each one can take your 3D renderings to a whole new level. As most render engines cost a pretty penny, be sure to check the features to make the right choice.

There you have it! Now you know what the best rendering software programs are.

← Filmmaking for Beginners: A Comprehensive Guide to Movie Making Frozen 2's Trailer is Out and We've Got Questions →