Shadow Effects: The Critical Role that Shadows Play in a Scene 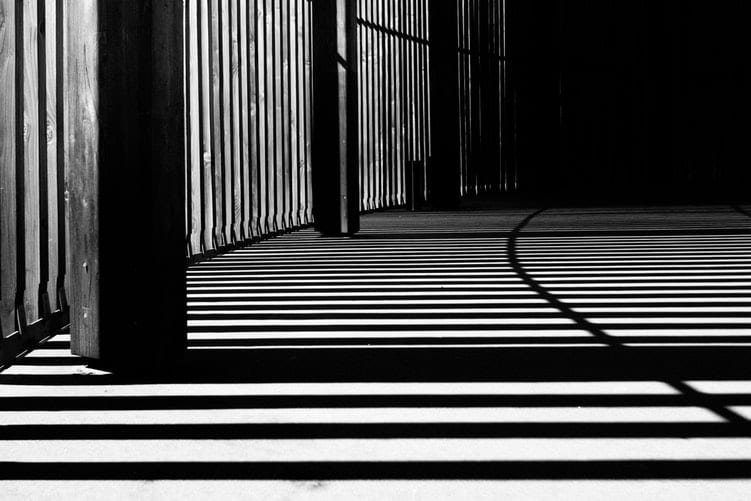 As a light artist, it is not enough to know how to set up lights properly because illumination is just a part of lighting design. The areas of the scene that remain untouched by light are just as important in terms of elevating the quality of a composition.

When applied the right way, light and shadow effects make a powerful storytelling tool. Shadows affect how we perceive object relationships, motion, and depth. In addition, shadow effects add a touch of realism of the images. This is the reason why shadow effects are a key area to master when creating life-like images. 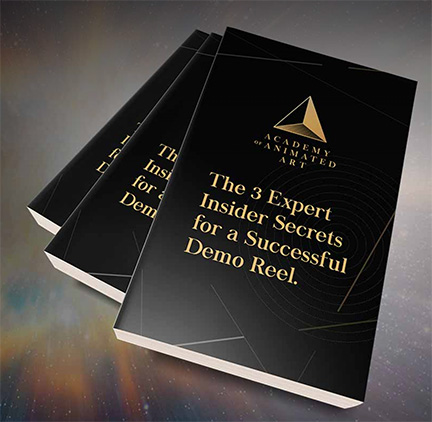 The Importance of Shadow Effects

If you’re lighting a 3D scene, you need to know how to use shadows. Shadows add richness to the tone and shading of a scene, it is the glue that ties all elements together. Without shadows, we cannot tell the position of an object in a space because shadows influence the perception of the audience in 3D visualisations.

From a viewer’s perspective, shadows help determine the relative position of the object and its size in a scene. Shadow effects eliminate the ambiguity of a sliding object’s trajectory. Thanks to shadow effects, viewers are able to understand the geometry of a complex receiver.

Finally, shadow effects work as visual cues that help viewers determine the geometry of a complex occlude. Shadows could also expose occluded geometry as well as the geometry that’s out of view.

Note that as technology advances, so does 3D shadow effects.

The shadows that objects cast in a scene could be described as either soft or hard. The distance between objects could also influence the hardness or softness of the shadows as well as the intensity of the light. The general rule is that the darker the shadow, the brighter the light source. Shadows become softer or lighter as the object is drawn further away from a light source.

Hard shadows refer to the defined edges of the shadows. This shadow effect features sharp boundaries and fully shadowed areas. The dark region of a shadow is called the umbra. This type of shadow occurs when the size of the light source is smaller compared to the size of the object. It’s produced by overlapping the shadows.

One thing to keep in mind when creating hard shadows, even the sun, which is the planet’s main source of light, does not create hard shadows. However, a computer graphic software has several algorithms that enable artists to compute hard shadows in real time.

Directional, point, spotlights, and other non-extended light sources are often used to create hard shadows. When applied properly, hard shadows add dimension to an image. But when used improperly, it could give a stark, unrealistic look and feel to a scene.

Soft shadows are created when the light source if bigger than the subject. This effect produces smooth shadowed regions that are not parallel to the light source’s line segment. The distance of the light from an object determines the softness of the shadows. The lighter shadow region in a shadow is called the penumbra.

The penumbra region features a light source that is partially visible. Penumbra is formed by overlapping part of one shadow and then a part of an illuminated region outside of the other shadow. The area light is often used to cast soft shadows in a scene.

A Realistic Play of Light and Shadows

To create a realistic play of light and shadows, you need to understand the geometric relationship between the blocker, receiver, and the light source. Here are ways of creating multiple shadows:

You can create multiple shadows from several objects using a point light. Due to the different occluders, it will be easy to combine the shadows because the areas where light could not reach is the union of all individual shadows. Although the correlation between the partial visibility features of different occluders are not easily predicted, these could be bounded or approximated.

There are two types of shadow effects that are often used in motion graphics animation, these are drop shadows and cast shadows. These shadow effects are designed to mimic the natural behavior of light that’s been blocked by an opaque object.

Cast shadows are the shadows that appear around an object. The shadows appear when an object blocks a light source. This effect causes the shape of the object to be projected in shadow form over surfaces opposite the light source. Multiple cast shadows take their shape and interact with each other based on the surfaces and position of the objects upon which they are cast.

This shadow effect is more complicated to create compared to drop shadow effect because it’s essentially a 3D effect that requires 2 things: a light source and an object for the shadow to fall on.

To build cast shadows, create a duplicate of the object. Then, rotate, skew, and stretch the duplicated image and set on the opposite direction of the imaginary light source. Fill the duplicate object with gray or black then apply a slight blur.

Cast shadow is typically darker and more defined near the object. The shadow softens when the light is moved further away from the object. Blurring the shadow using a gradient fill is a great way to create realistic cast shadows. You could also adjust the setting to fade from dark to light then selectively blur the shadow.

Drop shadows simulate the shadow being cast without a light source. The light source does not produce any shading effect on the surface of the object. The position of the shadow is set at a fixed direction. This shadow effect is often used to add depth to an object and definition to the foreground objects from the background in 2D scenes.

Because the shadows are being cast without a light source, the effect is limited to a small range of settings. The shadow does not interact with the background object. The softness, color, position, and opacity of the drop shadow could be tweaked and animated without adjusting the light source.

Once the drop shadow effect has been applied, select “Create Layers” to get rid of the layer style and build a new pixel layer that contains the drop shadow.

Here below, you get the best tips on how to use shadows for realistic results.

One of the  most common lighting mistakes is avoiding the shadows. Overlighting a scene could make the visuals flat and unrealistic. So embrace the darkness, add depth and dimension to your work using shadows. Shadows could reveal important details or highlight specific objects in a scene.

The size of the light source affects the render in so many ways. Soft shadows help create a calm, soothing atmosphere while defined shadows enhance the details of the object in a scene. Soft shadows are typically applied to imitate overcast lighting while sharp shadows are added to highlight the effects of harsh daylight.

Light is not completely white in real life, which is ironic considering that it is the most used color for CG animation. Applying a hint of color to conveys a certain emotional message to your audience. A wash of color to your light could also boost the impact of a scene. This effect produces interesting shadows too, which makes your animation look even more compelling.

#4: Blending with the Background

Soft, less defined shadows are cast on the side of the object that’s away from the light. You have to add shadows in this area so play close attention to the direction of the light in a layout to make the shadow effects as close to real life as possible. If the cast shadow is inconsistent with the existing shadows on the figure, try adjusting the brightness controls. Select the areas of the figures to recreate the form shadows that will match the imaginary light source.

For lighting that’s as close to real life as possible, all the other details must be executed properly, including the shadows. Fact is, creating realistic shadows is an often complex process but the results you get will do a world of difference to the final results.

There you have it. Now you know how light and shadow effects work and how to use them.

Next, I’d love to hear from you:

What is your #1 question when it comes to using shadows?

← Digital Lighting and Photography Basics: The 5 Characteristics of Light Lighting a 3D Scene: How to Set Up Up and Control Your Lights → 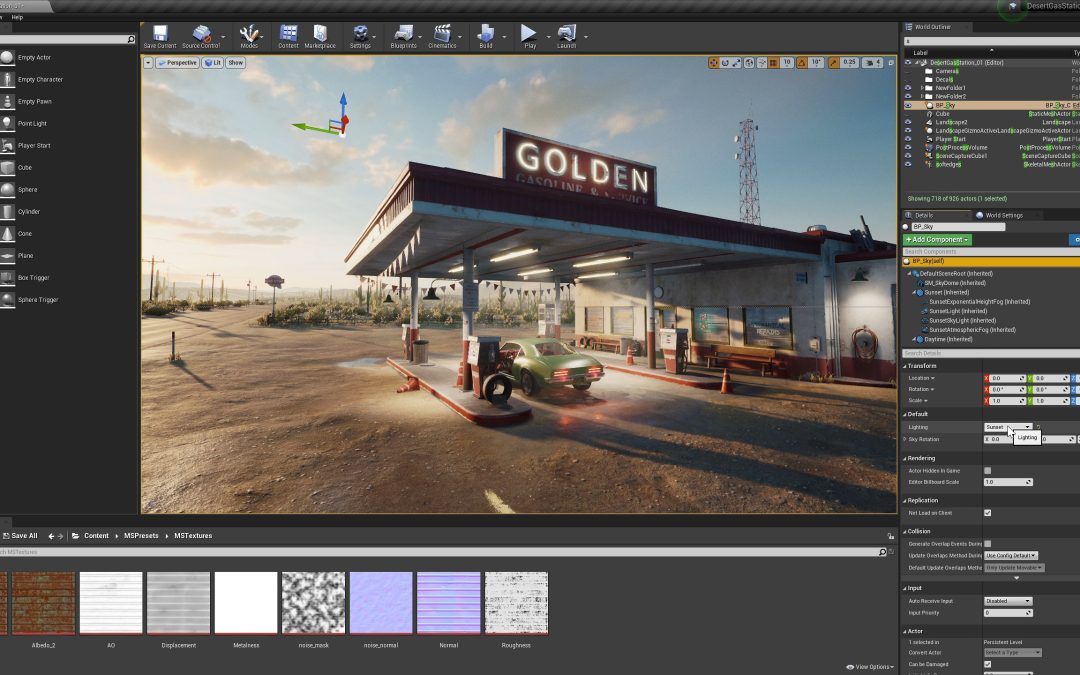 How do you learn Unreal Engine? It takes a stable and reliable render system to create images with... 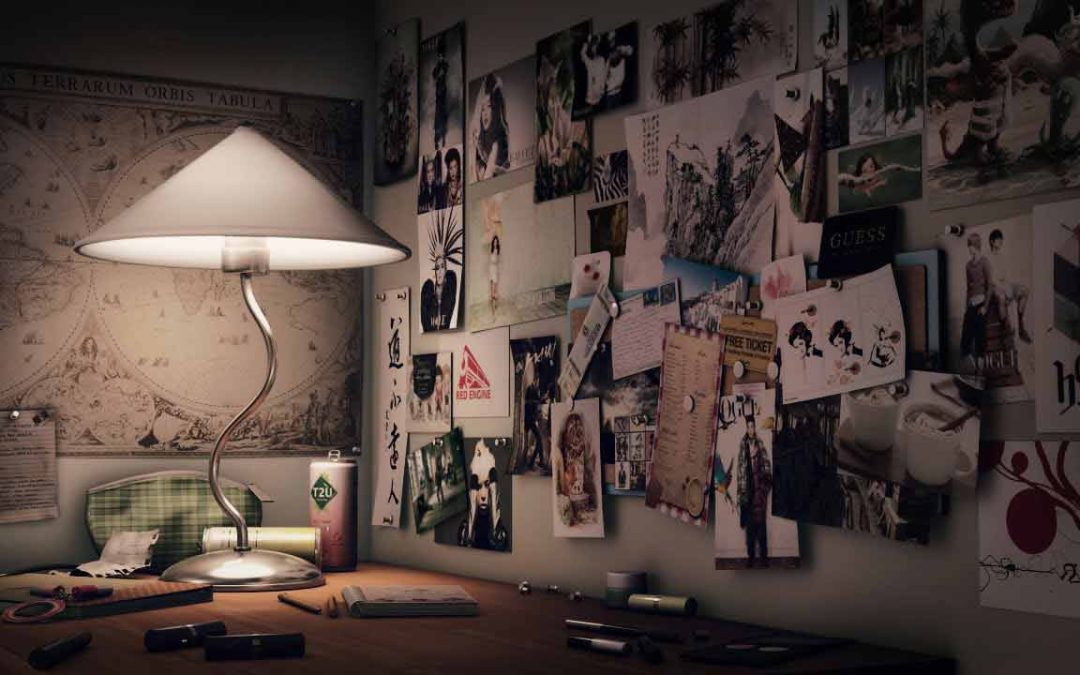 Those cool visual effects you see in movies? Those were made using CGI!  In the last few decades,...