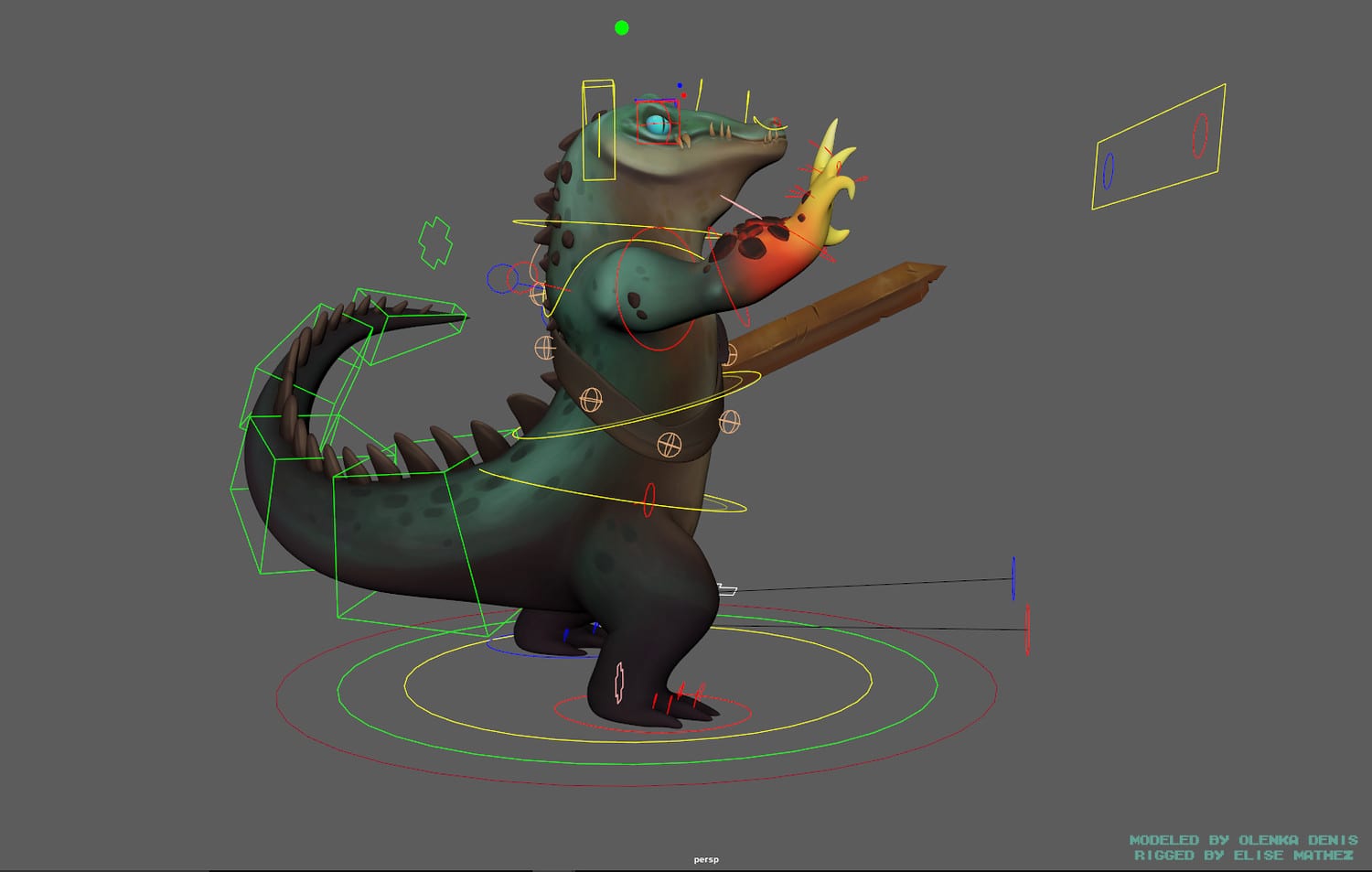 Rigging is a standard process in 3D animation and it’s quite technical so many 3D rigging terms can be confusing and overwhelming at times. What adds to the confusion is that standard 3D animation applications have their own fancy terms so moving from one program to another can be perplexing. We’re here to help! In this guide, let’s talk about rigging, the method itself as well as the many terms that come with it.

Rigging is the process used to animate digital characters. The method involves building the digital skeleton of a 3D model and bringing motion to the said model. The skeleton is composed of digital bones and joints that move or deform to make specific parts of a 3D character move. The movements could be life-like or imprecise; it really depends on what effect the animator is going for. The bones are bound to a 3D mesh aptly called “skin”.

Generally, the movements are more complex if more digital bones are added to the skeleton. Depending on the form of rigging, the bones could be limited to its own movements but other times, the animator could choose which bones are affected by the movement of the character and how. Rigging is incredibly time-consuming because the job itself demands precision, artistry, and a keen eye for detail.

Rigging is primarily used to animate characters in movies. It is also applied in CGI-heavy films. Rigging is also used in academic study, game creation, and in robotics.

What are the most important 3D rigging terms you need to know? Here are 12 important terms to study.

Skeleton placement is the easiest part of the rigging process. It involves the placement of the joints so the 3D model could move certain parts of its form or body.

Also called “bones,” joints are the points of articulation of a character to control its movement. These work the same way as human joints. For instance, to make a character’s arm to move, an animator would place a joint for the upper arm, elbow, and wrist. Together, these joints would move so the character’s arm could rotate in a natural, life-like way.

For proper skeleton placement, the joints must have a logical hierarchy. The root joint is always the first to be set and the rest are connected directly or indirectly to it or through another joint.

This method is one of the two ways to calculate the joint movements of a fully rigged model. FK rigging at any joint affects parts of the skeleton that fall below it on the joint hierarchy. To move a character’s shoulders, for instance, involves working through the joint hierarchy and setting the rotation and positioning of the individual joints to achieve the desired position.

This is the reverse rigging process from FK. This method is often used as a solution for rigging a character’s legs and arms. Applying the IK rig, the terminating joint is set directly by the animator and the joints above it are interpolated by a computer software automatically. Because the software handles the interpolation, IK animation will require cleaning up to complete the process.

In real life, joints like elbows or knees could only move in a single degree of freedom. These parts could only bend along a single axis and cannot bend or rotate fully. In 3D animation, the same effect is applied to add realism to the character’s movements. Setting up joint constraints is key to creating control curves for the rig.

Most 3D animation applications come with different constraints options. These options could limit an object’s scale, position, or rotation based on the attributes of the parent object. Applying these options allows an animator to determine the type of effect that a control curve will have on an individual joint.

This control can be applied to control an object’s movement as well. For instance, you could limit an animated airplane’s motion along a predetermined path using a path constraint.

Driven keys are often used to speed up the animation process. These keys allow an animator to use one control or object to drive multiple different objects, along with their attributes. Driven keys are composed of two parts, the driver and driven. The driver is in control of the animation while the driven is the object and/or attributes being controlled. Usually, regular keyframes have values of the driving attributes.

Also known as modifiers and space warps, deformers are animation tools that let an animator move large sections of vertices on a 3D model to create organic shapes. These effects contain algorithms that are adjusted to animate an object in a way that manipulation and keyframes could not. Deformers are used to model surfaces as well as to add extra shape animations to an object.

This process binds all the rig’s bones and/or joints to the actual 3D mesh. Once bound to the 3D mesh, the joints could be controlled and the mesh will follow the movement. If skinning was not applied, the joints won’t affect the movement of the 3D model.

Facial rigging lets an animator change the shape of a piece of geometry in a scene by bending, inflating, or undulating the said piece of geometry. This effect is often used to morph a 3D model’s facial features to create realistic facial performances.

To achieve the desired effect, an animator should create a smooth and ready to use rigged model. Then, a rigger should provide the animator with enough flexibility and control so the 3D model could be posed, emotions could be expressed by tweaking certain areas of the 3D model’s face.

The mouth, which has lots of movements, could be widened or narrowed to make a 3D model smile or frown, for instance. The forehead, eyebrows, and eyes should also move to express certain emotions. The poses could be tied into the original face mesh and operate the movements in one control slider. This way, the animator could quickly create face poses without moving individual facial controls. Facial rigging is an incredibly time-consuming process that requires precision to achieve realistic results.

A rig is comprised of many components that have to be manipulated to create poses. To create movements, the animator should manipulate the joints within the rig using control curves. Control curves are often NURBS curves that were set outside of a character so the animator could choose the curve and position the character instead of the actual joint.

When the joints are bound to the 3D mesh, the computer does not know much effect each joint has over each vertex so the application calculates the average weight based on the distance from the joint to the mesh. If, for example, the arm joint has too much effect on the model, the movement could look unrealistic. Weight painting is used to let an animator set how much influence a joint has on a vertex to achieve correct deformations on the 3D mesh.

There you have it! Now you know what 3D rigging terms you need to know.

Next, let me know in the comments below:

What’s your #1 question when it comes to 3D rigging?