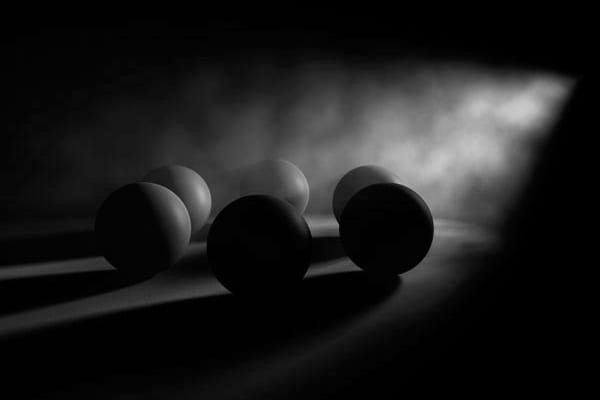 What are the different types of lighting in 3D animation?

CG lighting is a critical part of creating hyper-realistic 3D scenes. Lighting is, after all, one of the most important elements of any visual representation that the human eye could perceive visually.

For 3D artists, CG lighting affects the general perception of an object in a scene. Poorly executed lighting could make a scene appear flat, stark, unrealistic, or downright comical. When done right, lighting could enhance the project value significantly, something that all 3D artists hope to achieve! But there is more to creating the perfect lighting than simply hitting the “Create Light” button and setting the light source in a scene.

In this guide, let’s take a look at the different types of lighting in 3D animation and how each one could be manipulated to create photo-realistic scenes:

The kind of lighting that you apply on a scene will depend on the type of environment that you are working on. For example, some lighting options are best used in outdoor scenes while others look better in indoor scenes. There are light options that are suitable for studio lighting and others that should be used for 3D animations.

Also known as Omni light, a point light is a single source of light in a 3D environment and the rays of light are scattered in all direction. The polygons and parts of polygons that are closest to the light source appear the brightest than those that are further away. The intensity of the light source hitting objects in a scene suggests the distance between objects.

A point light is often used to create fill light effect to a scene as well as to simulate any kind of light source such as a bare bulb, fairy lights, Christmas tree lights, candles, and so on. The light produced has no specific shape and size.

As the name implies, a spot light illuminates in a concentrated spot. The light that a spotlight produces radiates in a cone and the intensity of the light is focused in the center of the cone. The light beyond the center of the cone tapers off towards the sides, casting softer light. This lighting option is used to simulate the light that a flashlight, a desk lamp, a street light or a car headlight produces in a scene.

This light component is applied to simulate the light that is reflected off an object in a scene. The light component mimics an object material’s property to either reflect or absorb light. Emissive light is generally used as a special effect that’s combined with other lighting options. It can be used to enhance the realistic quality of some light sources, such as car headlights or neon signs, in a scene.

Ambient Light is defined as the average volume of light that’s produced by emission of light from other light sources that surrounded the lit area. The light produced by these light sources are non-directional and usually, the rays of light are scattered from all directions. This lighting option is often used as the base lighting and combined with other lights.

This lighting option represents the directional light that’s cast by a light source. When the light touches an object, the light scatters in all direction with equal intensity. Usually, the light reflects off dull surfaces. Diffused light is often applied to a light source that’s set slightly above the object by the main light source, like a flash light that’s held above an object in a scene. Diffuse light is often used in combination with ambient light to create realistic-looking objects.

Other types of lighting in 3D animation include shadows. Here’s how to use these lighting types.

Flat shading is the simplest of all shading models. It utilizes the same color for every pixel in a surface, usually the color of the first vertex. All the polygons reflect as a flat surface, making a model appear boxy or blocky. Flat shading is often used for high speed-rendering.

Henri Gouraud developed this shading technique in 1971 and it’s used to simulate the different effects of light and color on the surface of an object. The Gouraud shading technique is often used to create smooth lighting on low-polygon surfaces without calculating the lighting for each pixel, which makes the process less processor intensive.

This technique is used to give a sense of mystery to the specular highlight. As the light moves toward a position of reflection from the obverse across the vertex, the light intensifies, the highlight moves smoothly rather than fading in and out between vertices.

When it comes to rendering a shadowed scene, there are two factors that you should consider: the shadow map and the scene. Shadow mapping involves rendering the scene from the light’s point of view. This technique is used to add a depth of texture to a scene that is rendered from the light source in a certain direction. The shadows are created by testing “whether a pixel is visible from the light source by comparing it to a z-buffer or depth image of the light source’s view, stored in the form of a texture.”

Shadow volume or stencil shadow is a technique that creates shadows by dividing the scene into two areas: an area where there are shadows and an area without shadows. To create a shadow volume, a ray of light is projected by a light source through each vertex in a shadow casting object to some point. The projected light forms a volume. Any point within that volume is shadow and any point outside of it is illuminated.

There you have it. Now you know how to use different types of lighting in 3D animation.

What’s your #1 question when it comes to lighting? Let us know in the comments below.