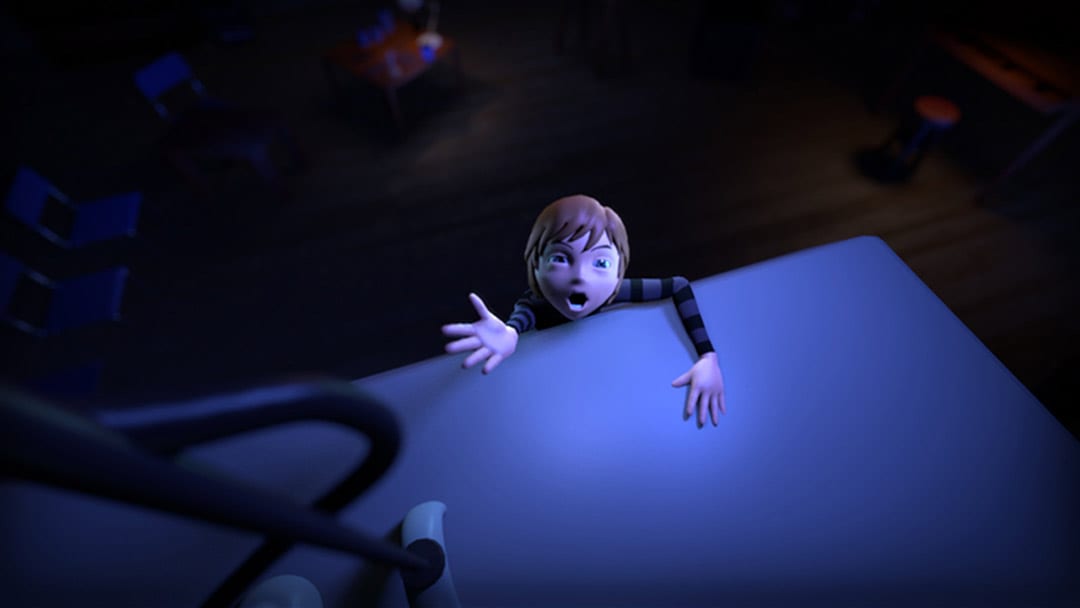 What does it take to build a successful 3D animation career?

As a 3D animation artist, you get to be a part of a creative industry with plenty of exciting projects and perks. And in this guide, you’ll learn the exact steps you need to take to begin a career in animation.

Want to learn more? Read on!

What are the typical career paths in animation? A degree in animation prepares you for a career in entertainment, art and design, advertising, and other multimedia industries within and related to animation.

Opportunities will depend on your education and skill level. 3D artists often pursue a career in film and gaming. Some job titles include:

Build your portfolio: Much like any creative profession, getting your foot in the door will be challenging because it’s a competitive industry. That’s why it’s crucial to build a portfolio and gain the necessary skills and experience early on to stand out.

Rewarding and lucrative: A career in animation is very fulfilling and lucrative. You’ll be paid top dollars to engage with your imagination and you will enjoy seeing your concepts and designs come to life.

But before we look more at what it means to build a career in 3D animation, let’s briefly take a look at what 3D animation actually is.

What is 3D animation?

3D animation is the art of bringing characters and objects to life using motion within a digital environment to be used in movies, TV shows, and games. 3D animators create and deliver animation-ready models, giving the characters body movements, facial expressions, personality traits, weight, and timing to feel like the character or object exists in a world that viewers see.

A career in animation depends on an artist’s specialty. Some artists focus on creating moving images using digital assets. Others create models of humans, animals, and other objects and rig those models. Some artists specialize in small details like skin texture, eye color, hair, and so forth.

Apart from breathing life to digital creations, 3D artists also work closely with key individuals within the animation team, including the writers, music or voice directors, and directors, to ensure that the animation is consistent with their respective visions.

One specialization is to work on lighting of scenes. That’s how many of our own students have built their careers at DreamWorks, Disney, and more. 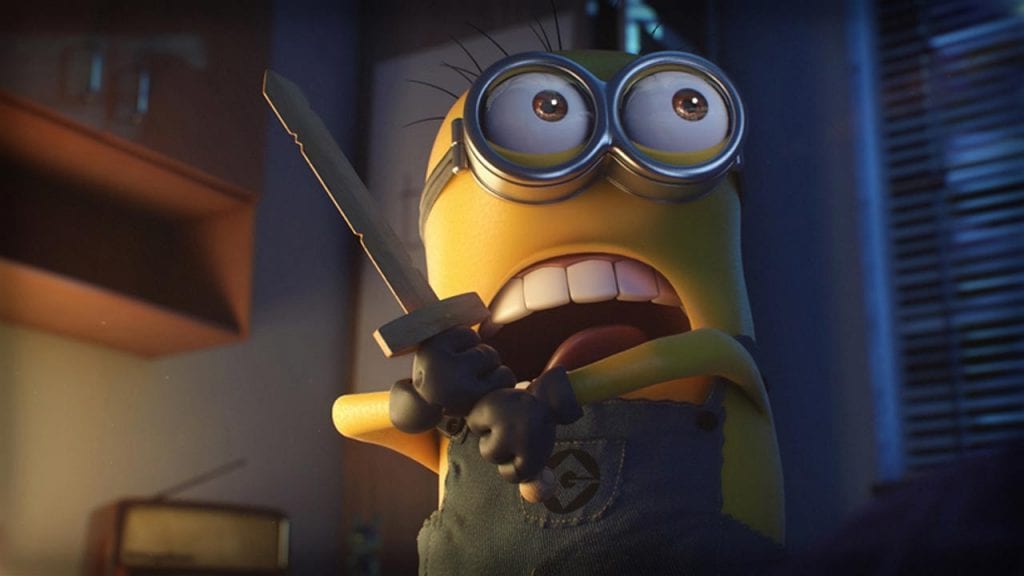 By Ryan Hansford, an Academy of Animated Art student

Is 3D animation a good career?

We’ve worked for years in the industry and what we have to say is this:

Our workplaces are incredibly creative and come with perks like cuddling with a cute kangaroo baby or meeting Beyonce at a movie premiere. 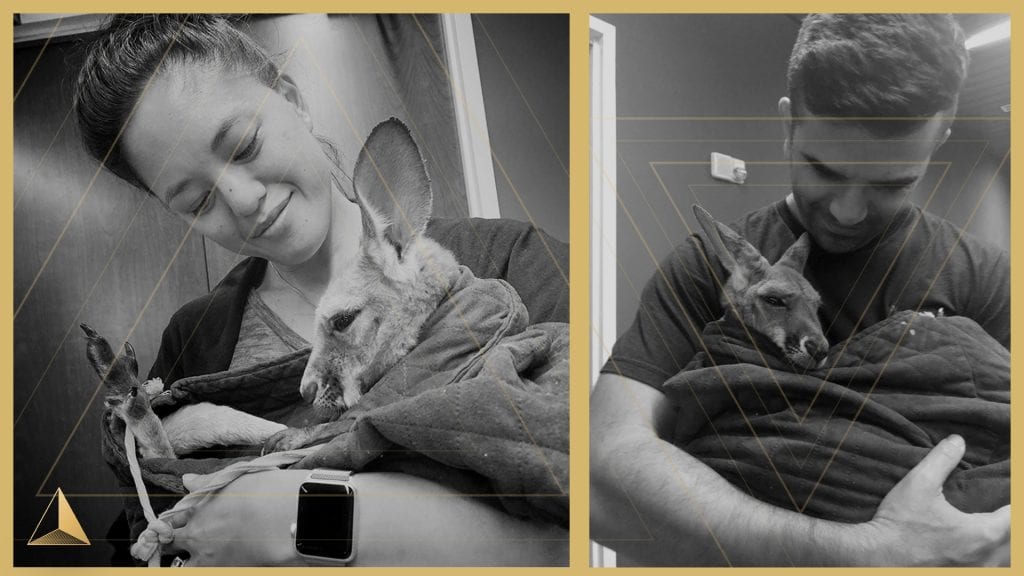 …Like that time we got to cuddle with a baby kangaroo at work.

As a 3D artist, you’ll create different animated images, including characters, objects, environments, and backgrounds, using various 3D animation software programs. You’ll work with artists who are just as passionate about the arts as you are.

Apart from enjoying a rewarding and lucrative career in animation, building a 3D animation career means having plenty of opportunities to work with big studios like Disney, Pixar, DreamWorks, and Sony Animation, just to name a few.

Is 3D animation high in demand? How much does a 3D animator make?

Animation artists are in high demand. According to the Bureau of Labor Statistics (BLS), animator jobs are expected to grow 4% from 2018 to 2028. This is not a surprise because in the US, animation artists are paid between $70K to $90K depending on their skills and specialization.

Because competition runs high in the animation and VFX industry, it’s vital to get a solid start, such as specializing in a specific field, developing an artistic eye, and mastering the right tools.

What fields could 3D animation artists work in?

Animation artists could work in the following fields:

Advertising: Developing technical and theoretical skills to create effective and engaging promotions for print, television, and other advertising channels.

How to become a 3D animation artist

Now that we’ve looked at what 3D animation is and what a 3D animation career can look like, let’s move on to the most exciting part… How to build your own career as an animator!

What skills do you need as a 3D animator?

3D animation is a highly technical field, so you’ll work with different software tools as part of your job. Some of the best 3D animation applications you’ll use as a 3D animator are:

Autodesk Maya: An industry standard that comes with a vast set of CG tools for modeling, texturing, lighting, and rendering. It is used by top animation studios. Learning this software is a must, although the learning curve is steep.

Houdini: Created by SideFX and is widely used in the VFX industry, Houdini is loved for its versatility, control, and unprecedented level of power in creating a range of 3D imagery. It works on a node-based procedural workflow, so it’s not for everyone, but once you’ve mastered this software, you’ll create eye-popping, realistic animations, and that’s barely scratching the surface of what Houdini could do for you.

Cinema 4D: one of the best animation software for motion graphics, visualization, and illustration. It’s one of the easiest to learn and offers a massive online library of tutorials for aspiring animators. This software is best known for its stability. On its own, Cinema 4D comes with a whole arsenal of tools for animation, but you can boost its functionality further with inexpensive plugins.

Autodesk 3DS Max: is a PC-only 3D computer graphics program. It offers a robust toolset for 3D modeling, rigging, animation, and fluid simulations, just to name a few. It’s similar to Maya in terms of features and functionality, but it’s easier to learn.

Blender: is an open-source 3D animation software used for modeling, texturing, and rendering. It offers a host of animation tools and features. Blender is continuously updated by an army of artists and programmers to improve its features. It is so good; it’s an entirely viable alternative to expensive modeling programs.

Lightwave 3D: Often used for sci-fi special effects, Lightwave is used to build assets and layouts for texturing, lighting, animation, and rendering. It offers a massive arsenal of toolkits and features while also working as two apps in one.

ZBrush: Best known for its sculpting and modeling toolset. This software can handle millions of polygons with ease. It is also used for creating UV maps and paint textures. Its UI is non-standard, so it’s harder to master than other 3D animation applications.

How do you learn 3D animation?

Learning on your own: You can learn all about 3D animation on your own by watching tutorials on various video-sharing platforms like YouTube and Vimeo.

But you’ll need to have a deep understanding of the many artistic principles and hone your technical skills to understand these tutorials.

It will take years to master the different software applications used for 3D animation and lighting, and for that reason, we don’t recommend taking this route.

But not all schools provide technical courses on specific software applications.

Getting a formal education means studying full-time for four years, which might not work with some people. Plus, it’s the most expensive route to take.

Taking an online course: A great alternative to enrolling in formal education is signing up for a 3D animation course online. It’s inexpensive, and you get to learn everything related to 3D animation at your own pace.

If you’re switching between careers, you don’t have to quit your day job to learn about 3D animation. And if you’re a beginner, signing up for an e-course helps build a solid start.

To ensure a great foundation in your career as a 3D animator, we suggest taking our technical courses.

We also offer a step-by-step, all-included course on how to become a 3D lighting artist.

How do you create a winning demo reel?

A demo reel is your portfolio in video form. It gives a sense of your abilities as a 3D animator. Because most hiring managers spend hours watching demo reels, yours should stand out. To do that, your demo reel should only feature your strongest animation shots.

Apart from standing out and attracting the attention of hiring managers, a killer demo reel helps you stay competitive in an otherwise cutthroat industry.

Some tips to keep in mind

There you have it! Now you know what it takes to build a successful 3D animation career.

Next, we’d love to know:

Why do you want to become an animation artist/animator?

Start with these four Insider Secrets to get you your dream job in animation. 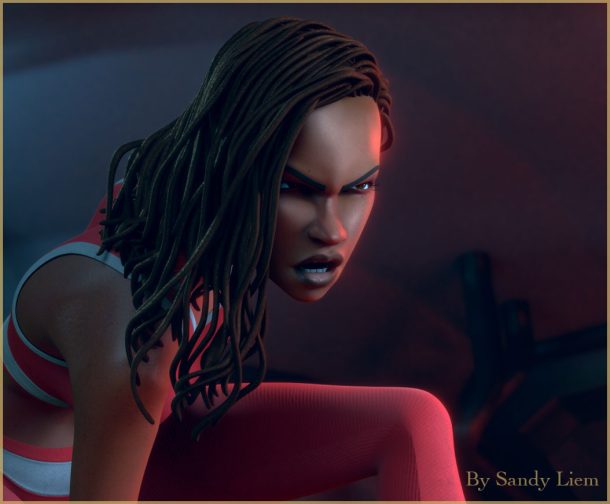