10 After Effects Animation Tools To Speed Up Your Workflow 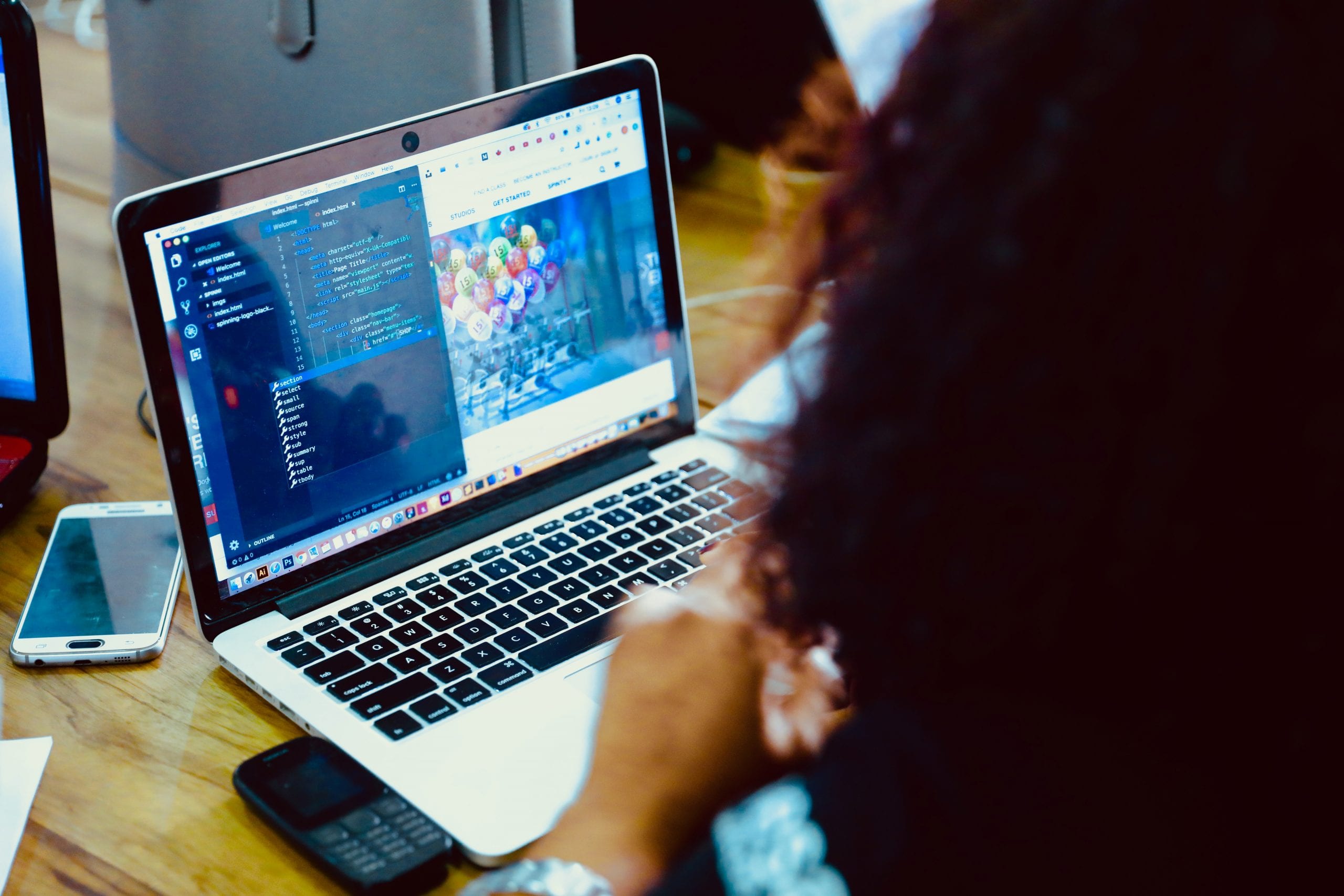 What are the best after effects tools?

Adobe’s After Effects is an indispensable tool for filmmaking and TV production. On its own, this visual effects software can be used for keying, tracking, compositing, and animation. It could also work as a basic non-linear editor and audio editor.

But to take your animated images to the next level, we highly recommend pairing After Effects with other animation applications. Thankfully, After Effects integrates seamlessly with a variety of applications, some of which are free, others are available in-app. Some apps come with a trial version. Here are some of our favorites:

After Effects and DuIK go together like peanut butter and jelly, you simply cannot get After Effects without downloading DuIK. DuIK started out as a basic script-based animation tool but over the years, it has transformed into an industry standard for character rigging and animation. The program works seamlessly with After Effects and using both programs will speed up your workflows and add diversity to motion graphics. Its inverse kinematics allows you to rig knee and elbow joints with ease. Some of  DuIK’s most notable animation features are:

Auto-Rig: a tool that lets you generate a simple rig for different characters automatically. It includes joints for arms, legs, and head.

IK: This tool allows you to animate limbs by moving a controller located at the tip of the said limb.

Automated Dynamics: This feature lets you set common animations up. It offers advanced controls for automating a variety of procedural animation that are customizable.

Although DuIK is user-friendly and there are many tutorials out there, the features are quite diverse. And with every update, DuIK adds even more tools for animators to enjoy. DuIK is available for FREE but if you want to help the developers, you can give a small donation. Download DuIK here.

Motion Path is one of the after effects tools that lets you animate an object along a pre-determined path using a pen tool. This tool comes with an auto-orient feature that allows the object to face the right direction when on a motion path. The Motion Path controls are set in the Composition Panel.

To get to the Motion Path controls in the composition panel, click View > View Options, and select Effect Controls > Key Frames > Motion Paths and Motion Handles.

Just like Motion Path, the Puppet tool is a part of After Effects’ toolset. This powerful tool lets you add movement to any part of the character using pins. Each click of a pin adds a soft joint to the image. Depending on the placements of the pins, puppet tool adds subtle movements to the character.

This tool works by deforming the pinned parts of an image to show movement as you move the pins. The pin determines which parts moves, what parts remain rigid, and what parts should be in front when the parts overlap. You can use the puppet tool to add fluid dynamics to your characters that mimic lifelike movements.

Animation composer is a free plugin for After Effects. This plugin offers a massive library of adjustable motion presets, precomps, and sounds that you can use for your work. With this tool, you can try a variety of effects including overshooting, rubber easing, wobbles, and so on.

You can also use animation composer to add secondary animations to your work without modifying the expressions or key frames. In addition, the animation composer comes with expansion packs and everything you add is non-destructive. Motion composer is completely free. However, you have the option to expand your library for a small fee.

Graph editor is one of the After Effects tools that allows you to animate an object on a basic X and Y graph. The graph presents the animation in the form of a line, a curve, or a series of curves. This tool is used to give objects fluid, smooth movements.

The vertical axis of the graph represents any value. A key frame’s position on the Y axis indicates the value of the property its attached to while the line shows the value of any frame in between the key frames.

Graph Editor comes with a variety of features including:

Linear Key animation: This feature allows animated objects to travel at the same speed from beginning to end.

Easy Ease: This tool allows animated objects to accelerate slowly at the beginning of the animation, move fast in the middle, and then slow down at the end.

Easy Ease Out: This tool allows animated objects to accelerate slowly in the beginning and then move faster towards the end of the animation.

RubberHose is an old school animation process that gives characters wobbly limbs, a technique that was popular in the 20s. The RubberHose rigging tool applies the same movements. This plugin lets you create animated points on shape layers for fluid movements. With this tool, you can also create easy walk cycles, add bounce with body movements, or place characters into an animated scene.

The new version of the RubberHose plugin also comes with better features to give you utmost control and flexibility. Using this rigging tool lets you animate faster. Some of the RubberHose’s most powerful features are:

Advanced hose styling: This feature simplifies your composition by letting you save presets for layer use and attach hoses to layer from Photoshop or Illustrator.

RubberRig and RubberPin: These tools let you create a rig from two layers centered in a comp. These tools could be used to create and duplicate arms and legs.

Joysticks ‘n Sliders is a pose-based rigging script that lets you create a rotational dimension to movements. With this tool, you can control the movement of a character using one joystick. Joysticks ‘n Sliders allows you to rig graphs quickly, adjust and animate on the go, or animate multiple shapes at the same time.

This tool is perfect for character and facial animation. It’s also great for 3D rigging because the tool adds the illusion of depth in 2D layers. You can download Joysticks ‘n Sliders here.

This tool is perfect for character and facial animations. It’s also great for 3D rigging because the tool adds the illusion of depth in 2D layers. You can download Joysticks ‘n Sliders here.

Ease and Wizz is a plugin that comes with a set of expressions for applying interpolation between keyframes of animation. With Ease and Wizz, the movements of the animated object become smoother. The smooth animations are achieved using a complex series of mathematical expressions. With the Ease and Wizz you could change the keyframe distance without having to rerun the script. Some of the effects include elastic movements, eases, bounces, and slides.

To use Ease and Wizz, simply choose the keyframes that you want to work on, select the proper settings and click “Apply.” Because Ease and Wizz is optimized for After Effects, integration is seamless. This plugin is incredibly user-friendly too.

Newton is a plugin that lets you apply real-world physics to 2D objects. Apart from speeding up your workflow, Newton also offers a variety of features to control every aspect of your objects. With this “physics engine,” you could control the density, friction, velocity, type, and bounciness of your objects. You could use Newton to create life-like joints between objects, change world properties like gravity, as well as use physics-based rigs to simulate pivots, pistons, and springs.

When paired with After Effects, Newton converts AE’s 3D layers as rigid bodies, allowing you to create physical simulations between them. Newton comes with 6 different types of joints (distance, pivot, piston, spring, wheel and blob) and 6 types of object (static, dynamic, kinematic, AEmatic, dormant and dead) for creating complex animations. The only downside is the price. But if you want to take your animations to a whole new level, it’s worth the investment.

It was only a matter of time before Adobe comes out with its own character animation software to complement After Effects. Aptly named the Adobe Character Animator, this application allows you to create animations for cartoon films and series as well as live broadcasts. Adobe Character Animator utilizes facial recognition technology to animate a character’s face. This application works by mimicking movements into your web camera. With this software, you could import from Adobe Photoshop or Adobe Illustrator and “breathe life” into your composition.

You could also create puppets by modifying built in character templates, host live interactions between characters, and adjust expressions, movements, appearances, deformation, and other attributes. The Adobe Character Animator lets you control the behavior of your characters for customized results as well as open a scene directly into After Effects using Dynamic Link.

There you have it! These are the after effects tools that will help you speed up your workflow.

Which plugin is your favourite?